The Directorate has continued to focus on gender mainstreaming in terms of work allocated to females and supervision of such female offenders. In the reporting period, a total of 842 female offenders were supervised as compared to 9265 males.

Graph 2: Comparison between male and female offenders sentenced to Community service for FY 2018/19 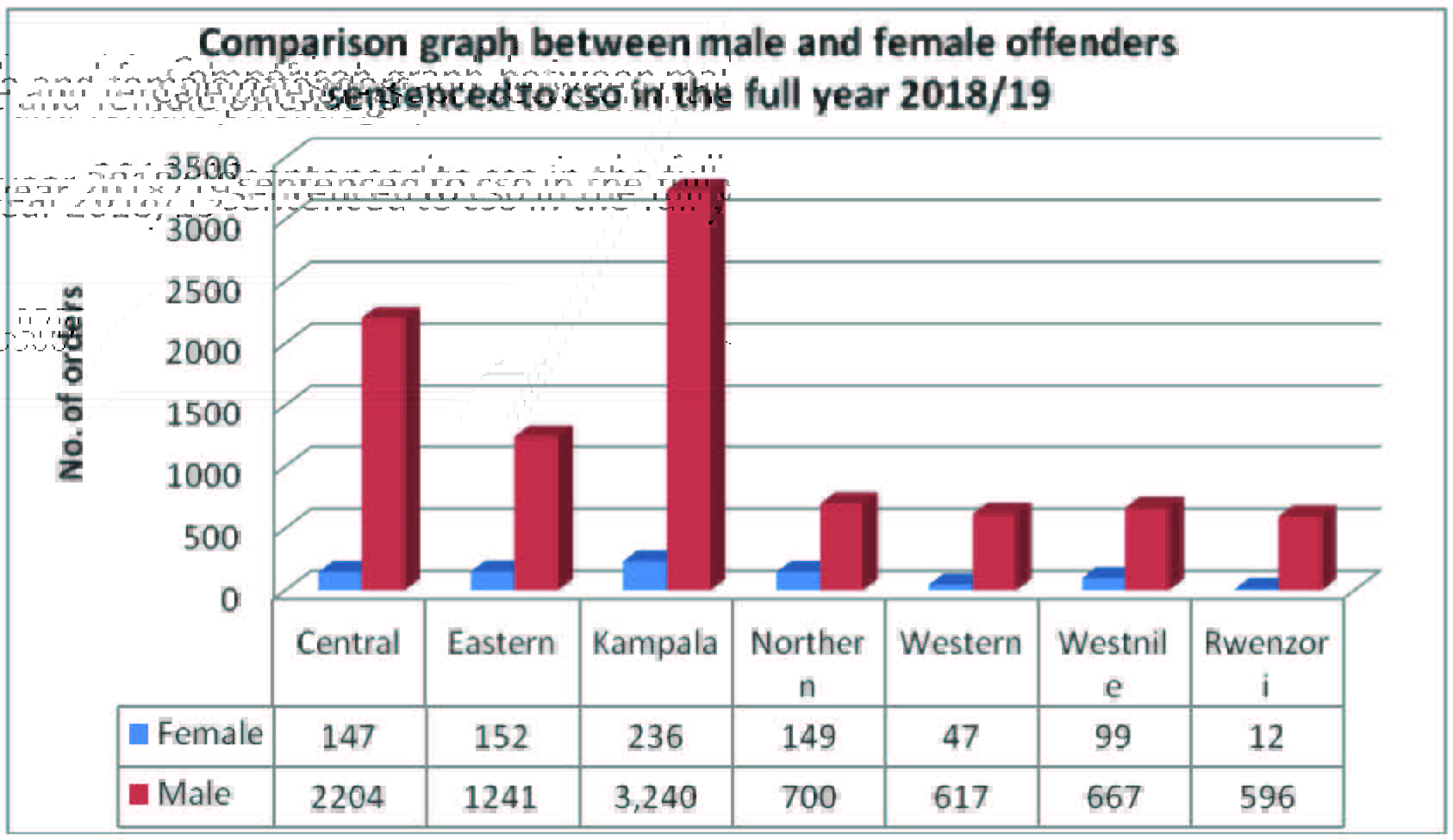 The pictures below present offenders serving community service. On the left, offenders are mixing manure and transporting it to one of the project sites in Mbarara. On the right, an offender is working at a tree planting skills building project.