In the reporting period, 165 radio talk shows were conducted against the target of 132 at different local radio stations across the country. Two (2) Television programs were also conducted at Step TV in Mbale. Most of the talk shows were obtained through synergies with different institutions and organizations such as the police, RDC’s office, Legal Aid. Project, among others. In addition, two newspaper articles about Community service implementation process were published in Etop, Rupiny and Langi respectively. The Directorate also benefited from slots sponsored by Office of Prime Minister. See Annex 3 for the summary of radio talk shows conducted per region.

The Directorate participated in 292 public meetings involving nineteen thousand three hundred and three (19303) people with the aim of sensitizing the community about their role in the implementation of community service. Creating awareness about community service enhances ability to obtain information during preparation of social inquiry reports, supervision of offenders and increasing public confidence in the sentencing option 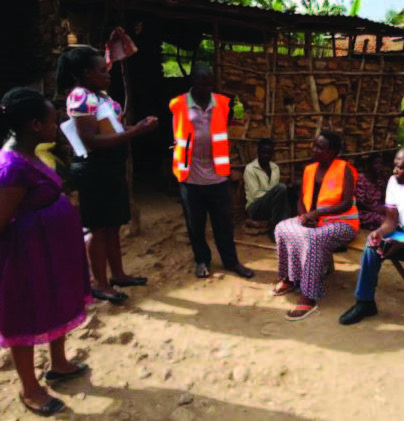 Community sensitization at a pork joint and bar in Sironko where one of the offenders works for a living. The two offenders (in orange jackets) met at the joint were serving their sentence at a Health Centre. The Directorate trained two cohorts of trainees at Police Senior Staff College, Bwebajja involving 94 officers consisting of mainly Regional Police Commanders and District Police Commanders. The training focused on the need for Police to provide pre-sentence information to courts for proper assessment of suitability of offenders for community service. Due to the scarcity of staff, in most areas the police have been charged with writing pre-sentence reports. 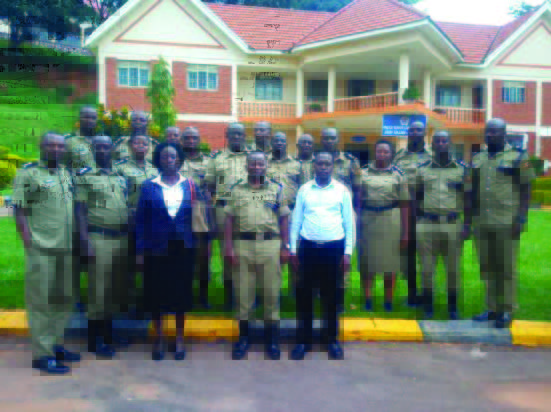 Line support was offered to various stakeholders especially where gaps in relation to their roles were identified. The training was done to enhance their capability to efficiently and effectively implement Community Service Orders. One hundred twenty seven (127) stakeholders in the categories of judicial officers, community service volunteers, court clerks, peer support persons, supervisors and police officers (CID) were offered line support.

The Directorate of Community Service pays attention to capacity building because of its pivotal role in enhancing stakeholders’ skills that is greatly supported by publicity that enhances public confidence in Community Service programming. The following activities were conducted; Training of Stakeholders, Radio /Television talk shows, Community meetings, Open days, Line support to stakeholders and sensitization of offenders in different detention centers.

The Directorate trained Probation and Social Welfare Officers (PSWOs), Community Development Officers (CDOs) and Refugee Settlement leaders with the objective of equipping them with the necessary knowledge to effectively carry out their roles in implementing Community Service Orders.

Stakeholders in the implementation of Community Service PSWOs and Development officers play an important role in the implementation of community service when it comes to placement identification and supervision of activities. The Directorate trained a total of 345 (205 Males, 140 Females) Probation & Social Welfare Officers and Community Development Officers in their different roles in community service implementation. The training of stakeholders can further be demonstrated by the trainings conducted as presented in the pictures below.